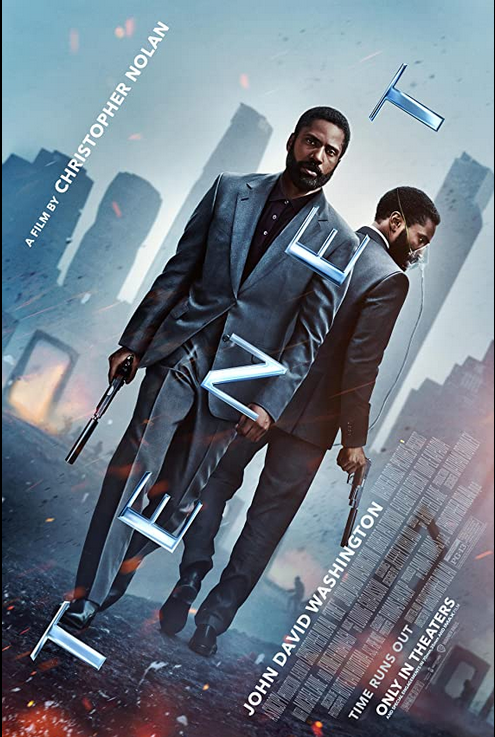 Christopher Nolan is one of the greatest living directors of our time. Most know him for the “Dark Knight” trilogy or “Inception,” but he has created many more incredible pieces of cinema. Before the pandemic hit, Nolan was slated to release his newest movie, “Tenet,” on July 22, 2020, across theaters worldwide. However, when the COVID-19 pandemic hit in mid-March, the movie theater industry was not spared, and studios had no other option but to continue pushing release dates back. The release date shifted from Jul 22, then to Jul 31, then to Aug 12, until finally Nolan and Warner Bros. said no more. On Aug 26, “Tenet” released in 70 countries, and on Sep 3, finally released in American theaters, revitalizing the entire industry with it. . . well, not really.

Unfortunately for Nolan, Americans weren’t too keen on returning to movie theaters during a pandemic, even after companies, such as AMC and Cinemark, promised a safe experience. This hesitation showed in the lackluster premiere of “Tenet” at the box office, earning only $12 million the first week and $48 million overall since then. While it has performed decently internationally, Americans didn’t arrive at movie theaters in droves like Hollywood was hoping. The idea of going out, wearing a mask for two and a half hours and sitting in a movie theater with others around you, on top of paying movie theater prices for tickets and concessions, seems like a lot of work when most people could just hop on their couch and watch whatever looks good on Netflix. However, I am not most people.

One of the experiences I craved most during lock-down was going to the movies. Being able to forget where I am and watch filmmakers create incredible worlds in front of me is one of my favorite escapes. And when I heard that “Tenet” was finally released, I knew I had to go see it. Safely, of course.

Walking into that empty movie theater lobby was quite eerie. The usual bustle and noise of moviegoers, employees and  arcade games were all gone. As I arrived at my seat, the feeling of hesitation and concern was still in the back of my mind. I wondered if I made the right choice coming to this. Even though I was wearing a mask, and the theater had about 5 other people, I felt uneasy. Then, the movie started.

And it started fast. “Tenet” starts out at an incredibly rapid pace, placing you immediately into the action, which never seems to slow down. Going from watching movies on a 13-inch laptop with headphones to a 70-foot screen with speakers blasting as loud as they can was quite a shock. Every gunshot, punch and explosion rattled me. This, matched with dialogue that is incredibly hard to hear, gave me even more unease. Had I made the wrong choice to watch this movie? Then in the middle of the movie, something changed. The movie, or me, finally found its way, and “Tenet”, at about the one hour mark, went from a good movie to an incredible movie. Nolan did what he does best: he makes you wait, learn more about the story, then begin to connect the dots on your own. Like most Nolan movies, watching it once will never do it the justice it deserves, which is what can be attributed to poor reviews, which was also a result of the terrible sound mixing. People forget that we didn’t understand “Inception”, “Interstellar” or “Dunkirk” when they first came out. We had to watch them once, let them digest, and then watch it again and again so we could understand the true scope of what we were watching. “Tenet” is no different. Nolan blows stuff up, shows incredible fight scenes and action sequences that hurt your brain trying to understand how they filmed it and does it all while giving the audience what matters most, an amazing story

This isn’t Nolan’s best work, but it’s certainly not his worst. It’s simply a great, thought-provoking movie that we should all watch. That is, after this pandemic is over. And when they fix the sound mixing.